We are fortunate to have dedicated board members who donate their time, talents, and energies to serve the Boise Bard Player’s mission. Each of them are tackling different aspects of the company to ensure we can continue to create quality content for our community.

Dakotah Brown has lived in Boise for nearly a decade and is eternally grateful to have spent the entire time making theatre. He has worked for the Idaho Shakespeare Festival, Company of Fools, Alley Rep, HomeGrown Theatre, and the Red Light Variety Show. He is currently an Artistic Associate at BCT and a Theater and Shakespeare teacher at the Hall International Academy for Arts and Humanities. He joined BBP as their Creative Director after watching their incredible production of Macbeth at the Crux Coffee House (remember THAT?) and seeing just how much was possible given enough enthusiasm for storytelling, utter determination, and respect for the text. Dakotah holds a BFA from UC Santa Barbara.

Chris Canfield is one of The Boise Bard Players’ founding members and its Artistic Director. Chris was born and raised in Boise and was bitten by the theatre bug while attending North Junior High School. In high school, he discovered his love for Shakespeare on a fateful morning in class in the Idaho Shakespeare Festival apprenticeship program. Chris gained producing experience as the president of the Theatre Majors Association at Boise State University, helping to organize four entirely student-produced plays. Since graduating with Honors in 2013, Chris has become a teacher, professional actor, and now business owner. He has appeared in the Company of Fools production of Peter and the Starcatcher as well as four Idaho Shakespeare Festival educational tours, most notably as Bottom in A Midsummer Night’s Dream and Harry in Maggie Lumiere and the Ghost Train. For The Boise Bard Players, Chris has played Brutus in Julius Caesar, Benedick in Much Ado About Nothing, Sir Toby Belch in Twelfth Night, and the titular character in Macbeth, as well as directed five productions. Chris hopes to one day attend graduate school for Shakespeare performance and make The Boise Bard Players into an indispensable piece of the cultural fabric of Boise, the hometown he loves so much.

Samantha (also known as Samberry to her theatrical colleagues) moved to Boise in 2010 with a background in musical theater. Her favorite roles include Olga from Chekhov’s Three Sisters(Boise State University), Lucy in You’re a Good Man Charlie Brown(Northland Pioneer College), and Paulina/Mopsa in Winter’s Tale(Boise Bard Players).  Samantha graduated cum laude with a B.A. in Theater Arts with a Performance emphasis in 2013 from Boise State University. Samantha has a penchant for organization, which has led her to work in many theatrical capacities, including: stagehand, assistant stage management, stage management, coordinator of two High School Theater Festivals at BSU, three seasons as a house manager and one season as a seasonal box office assistant manager at Idaho Shakespeare Festival. You may have currently seen her working as a house manager for Boise Contemporary Theater or at Idaho Shakespeare Festival as the new Box Office Assistant Manager. The Boise Bard Players has given her even more room to grow and create as an actor, director(Taming of the Shrew), and as the founding Managing Director. When Samantha is not working on a role and teaching herself nonprofit business strategies, she is singing and dancing in her car, mastering new Pinterest recipes, and taking walks in the park with her husband, Kyle and their dog Tybalt. 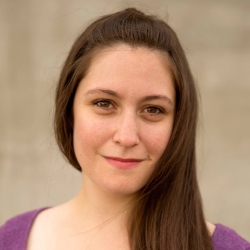 Catherine received her BA in Theater from St. Olaf College in Northfield, Minnesota (2013). An Idaho native, Catherine has taught with the Idaho Shakespeare Festival and Treasure Valley Children’s Theater. Graduating with her Masters in Social and Educational Research from the University of Aberdeen in Scotland in November 2018, Catherine is excited to join the Boise Bard Players as a board member and Development Director. Catherine is especially passionate about making theatre accessible to people of all ages and backgrounds.